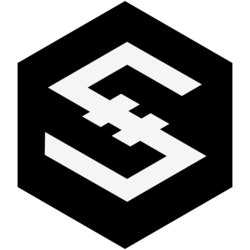 The lowest price of the IOST is $0.0107 & the highest price is $0.0112 in the last 24 hours. Live IOST prices from all markets and IOST coin market Capitalization. Stay up to date with the latest IOST price movements. Check our coin stats data and see when there is an opportunity to buy or sell IOST at best price in the market.

IOST is building an ultra-high TPS blockchain infrastructure to meet the security and scalability needs of a decentralized economy. Led by a team of proven founders and backed by $40 million from world-class investors, including Sequoia and Matrix, IOST aims to be the underlying architecture for the future of online services. The powerful consensus algorithm “Proof-of-Believability” enables next-gen transaction throughput speeds while ensuring nodes stay compliant, using factors including IOST token balance, reputation-based token balance, network contributions and user behaviors. A faster grade Byzantine Fault Tolerance mechanism, microstate blocks, Atomic Commit protocol and a dynamic sharding protocol (Efficient Distributed Sharding) all ensure transactions are safeguarded, consistent and lightning fast while reducing storage, configuration costs and processing power for validators. Anyone is able to participate in every layer of our system, from using services on our blockchain to running a node and validating transactions. Our rules and code are open for all to see and no preconditions will limit participation. IOST aims to fundamentally disrupt previous methods of business by creating a self-operated, trustless network that maximizes network value for all parties. The project places great emphasis on decentralized and secure ways of storing information. It also provides for Dapps and smart contracts, and anyone who is familiar with blockchain technology knows just how integral these two concepts have become. Adhering to the quintessential egalitarian values of blockchain technology, IOST is creating a censorship-resistant and trustless network that is open to all, using blockchain technology to cut out middlemen and maximize network value for all parties. Terrace Wang, Kimmy Zhong, and Ray Xiao, who are extremely brilliant, have co-founded the project. In addition to these original three, the project has 12 employees and 4 advisors. It is also worth noting that Ryan Bubiski, a co-founder of CodeAcademy and a winner of Times Most Influential People award plays a major role in the advisory board of the project. The team has partnered with about sixteen blockchain and cryptocurrency oriented companies such as Sequoia, Nirvana Capital, and DFund. The project, therefore, has strong investors."

Mauricio PC
10 months ago
I highly recommend it
I highly recommend it, it is the best transaction accelerator I have seen, super fast and easy to use.
Read more
Posted on
Trustpilot
Rajat Kushwaha
10 months ago
This is a free bitcoin transaction…
This is a free bitcoin transaction accelerator site my opinion this is the real site I got my payment but late
Read more
Posted on
Trustpilot